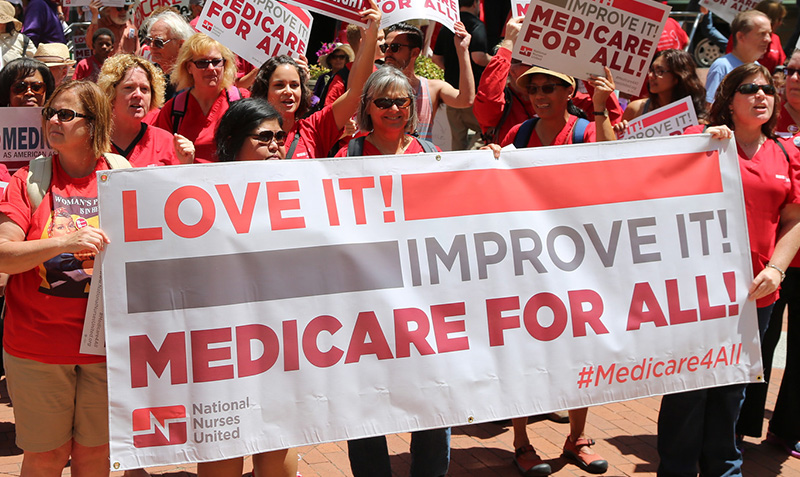 Washington—On Wednesday February 27th at 3:00 PM,representatives from the National Nurses United will host a press conference call on how they plan to cultivate support for the Medicare for All Act of 2019 – legislation being introduced tomorrow by Rep. Pramila Jayapal with backing from more than 100 members of Congress.

The call will feature Bonnie Castillo, Executive Director of National Nurses United, Holly Miller, National Director of Community and Public Advocacy, National Nurses United, along with Diane Archer, Founder and President of JustCare USA and former President of the Medicare Rights Center. The call will unveil the advocacy campaign being waged to support Medicare for All legislation and the coordinated effort to ensure that Medicare for All becomes law.

WHAT: Press Conference Call To Launch Campaign Supporting New Medicare for All Bill
WHO: National Nurses United
WHEN: Wednesday, February 27th, 3:00 PM EST
WHERE: Phone-Dial in Number (844) 202-1833
All Interested Attendees Should RSVP to Abhi Rahman at arahman@fenton.com.