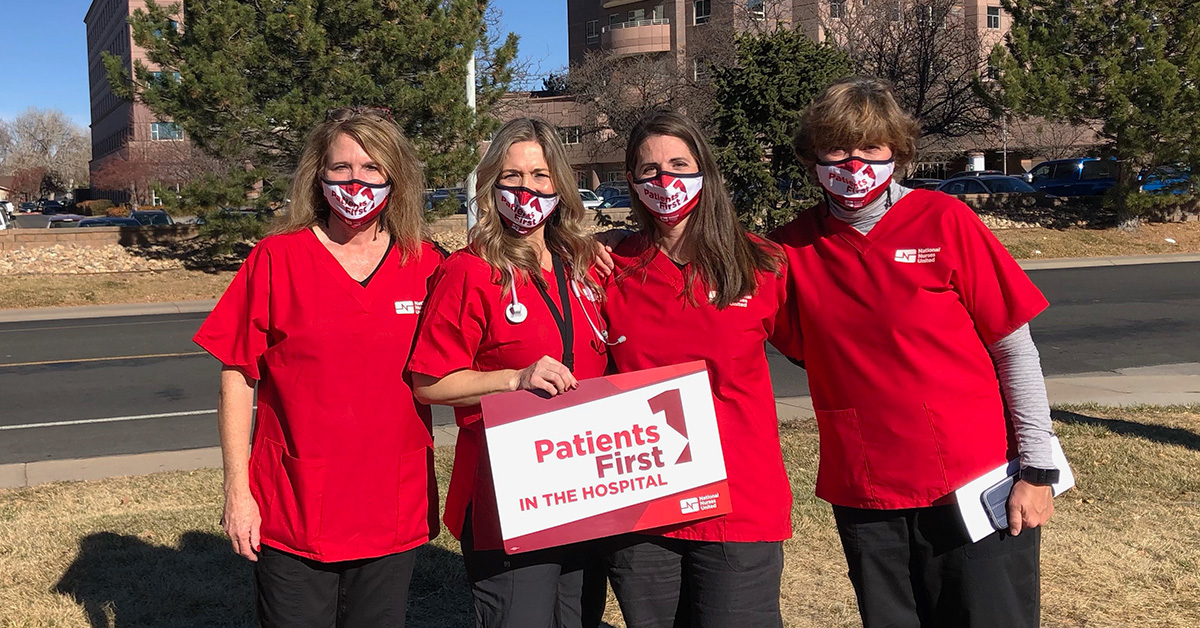 Overcoming months of delay from hospital management seeking to block the outcome, registered nurses at Longmont United Hospital in Longmont, Colo. have won their union representation.

“We are ecstatic,” said Longmont RN Kris Kloster. “Longmont RNs are ready to get to work negotiating a fair contract for the best conditions for our patients and our community.”

NNU President Zenei Triunfo-Cortez, RN congratulated the Longmont RNs “for your patience through a long process to ensure your victory and your phenomenal dedication to upgrading patient care for your community. NNU is proud to welcome you and stand by you.”

“With the backing of the NNU, we will have a powerful collective voice to strengthen patient safety standards, improve infectious disease protocols, secure enforceable protections from workplace violence, and win other standards to help recruit new RNs and retain experienced nurses,” Kloster said.

Longmont will be the first private-sector NNU-affiliated hospital in Colorado, though NNU already represents VA Eastern Colorado Health Care system hospitals in Denver and Aurora, among 180,000 RNs from coast to coast.

In the months since the initial vote, Longmont RNs have continued to build unity among nurses throughout the hospital. In early December, the RNs held a speak-out to alert the public about safe staffing concerns and the growing loss of RNs unwilling to work in what they viewed as unsustainable and unsafe conditions.

“We know that with a union contract, and the experience that NNU affiliates have demonstrated across the nation, we can address our concerns for urgent conditions today, and for the future of all Longmont patients and residents,” said Tricia Hartley, a Longmont RN.

The Longmont facility, a Centura Health hospital, is partially owned by CommonSpirit Health, an alliance of Dignity Health and Catholic Health Initiatives that is the largest nonprofit hospital chain in the United States. NNU has long experience with the Dignity system, and currently represents 14,000 Dignity Health RNs in 29 hospitals in California and Nevada.

With the election count now completed, Longmont RNs called on the hospital administration to respect the democratic decision of the RNs heading into talks for a fair first contract. RNs will next elect a team of their peers to represent them in bargaining with the employer.

“I’ve seen RNs break down into tears at the end of a shift and even during work because we want to provide the best care possible but are unable to with how short staffed we are,” said Longmont RN Alison Jelinek in December before the speak-out. She urged the administration “to work with us to improve the hospital.”

National Nurses Organizing Committee is an affiliate of National Nurses United, the country’s largest and fastest-growing professional association and union of registered nurses, with 180,000 members nationwide.