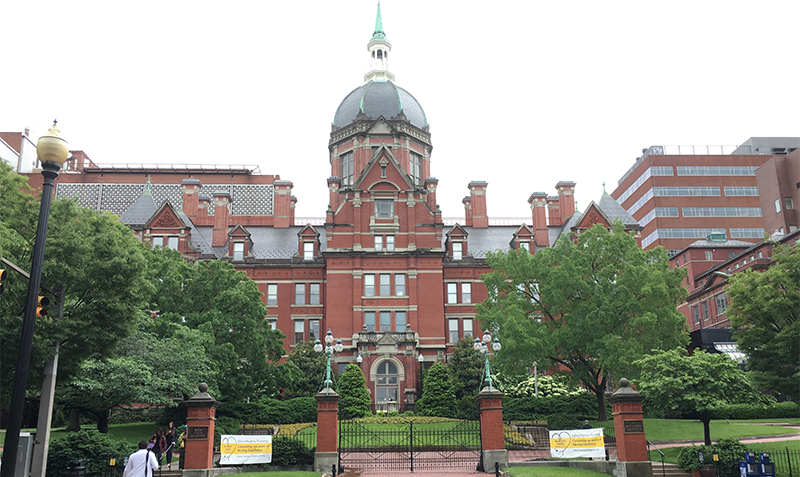 Nurses will be joined by labor and community activists for a major rally outside Johns Hopkins Hospital in Baltimore, Saturday, July 20 to press hospital officials to end their deplorable practice of suing low-income community patients and their families for medical debt, and to respect the rights of its RNs to form a union.

AFL-CIO leaders President Richard Trumka and Secretary-Treasurer Liz Shuler, and National Nurses United Executive Director Bonnie Castillo, RN will be among the featured speakers, along with community leaders, Johns Hopkins nurses, and other invited guests. The AFL-CIO, National Nurses United, and the Coalition for a Humane Hopkins are sponsoring the rally.

Since 2009, Johns Hopkins Hospital has filed more than 2,400 lawsuits in Maryland courts seeking payment of alleged medical debt from former patients. In more than 400 cases, the hospital has won garnishments of wages or bank accounts.

Many would likely qualify for reduced or charity care, but were apparently not informed of that option by the hospital despite the obligation of Maryland’s charity care provisions. Hopkins’ medical debt practices also have a disproportionate impact on African American Baltimore residents. The area which contains the largest number of residents sued by Hopkins, for example, is 90 percent African American and has a poverty rate nearly triple the state average.

The hospital’s egregious medical debt practices have drawn widespread criticism, symbolized by a Baltimore Sun editorial May 22 calling on the hospital to “cease the practice” until an alternative is developed, and noting that many of the patients targeted “live in the shadows of the institution already known for its rocky relationship with the community.”

Rallygoers will call on Johns Hopkins to cancel all medical debt lawsuits filed against low-income patients, end the onerous practice of garnishing wages, substantially increase the amount of charity care it provides, and guarantee all patients are informed of the opportunity to qualify for free or reduced medical care at Johns Hopkins facilities.

Further, the rally will press Johns Hopkins to respect the right of RNs who are seeking the right to join National Nurses Organizing Committee/NNU.

In June, the hospital reached a settlement with the National Labor Relations Board to agree to stop violating federal labor law with such practices as unlawful surveillance and interrogation of RNs and barring off-duty RNs access to non-patient care areas to talk to their colleagues about the union.

However, nurses report continued violation of their rights, and an aggressive union-busting campaign designed to silence the voice of nurses. The nurses and supporters are calling on Johns Hopkins to agree to stop all harassment and intimidation tactics related to the union organizing effort.

National Nurses United is the largest and fastest-growing union and professional association of registered nurses in the UnitedStates with more than 150,000 members nationwide.  NNU plays a leadership role in safeguarding the health and safety of RNs and their patients and has won landmark legislation in the areas of staffing, safe patient handling, infectious disease, and workplace violence prevention.