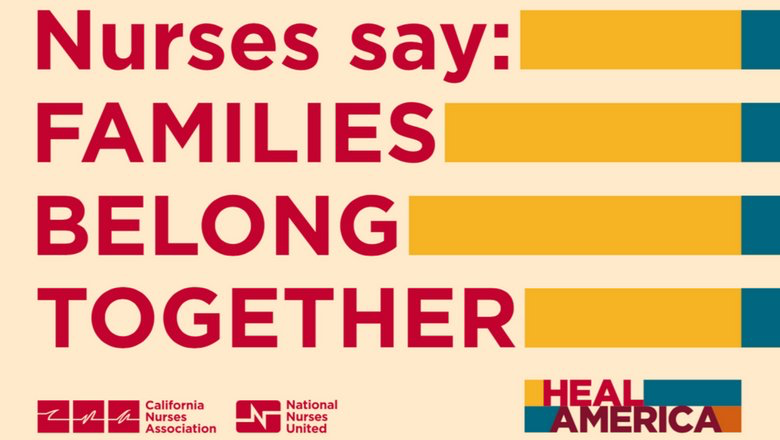 'Don’t Do This In Our Name'

“As the nurses of El Paso who care for the border community in the middle of Chihuahuan desert we wish to express our outrage and horror that the U.S. government is preparing for children to be separated from their parents and housed in tents in the middle of Fort Bliss.

“Fort Bliss is a desert military base that is larger than the state of Rhode Island and inaccessible to the general public and to local services including healthcare, education and community. In the summer temperatures routinely exceed 108 degrees. There is no water in this harsh arid landscape; there are not even trees for shade.

“On a regular basis, we see the effects of the heat, dryness, lack of shade and lack of water on our patients who present in local hospitals, even without being detained in tents in the desert. This is not a forgiving environment, and not one in which children thrive without support.

“Children, and all people, require more than simply a mat to sleep on and basic food rations in order to thrive. Children require love, family, safety, education, community, play, and physical and mental healthcare in order to grow to be healthy, well-adjusted adults. The proposed program does not appear to allow for these conditions; indeed, proposed as tents behind razor wire guarded by personnel with military weapons, it replicates the conditions of prisons.

“Children who are presenting themselves to apply for asylum are not here in violation of immigration law. They are likely traumatized as a result of the conditions that led them to flee with their parents from their home countries and seek asylum in the United States.   They have fled across harsh terrain, likely from places where they didn’t have access to medical care, and their medical needs are likely overwhelming.

“As nurses, we demand that these children have access to appropriate pediatric care and that their needs are met. Fort Bliss has a limited capacity to treat children, and this concerns us.

“People in El Paso have a long and proud history of housing immigrants and asylum seekers. Many here in our city, including some of us, have already indicated that we would take a child into our homes in lieu of this proposed human rights atrocity which threatens to take place on the outskirts of our community.

“As a border community, we have seen many immigrants and asylum seekers arrive in our city, and we as a community are proud of our welcoming, inclusive, compassionate, and nonviolent response to people seeking a better life. We have numerous programs and churches that have welcomed these populations for decades.

NNU Co-President Jean Ross, RN praised the El Paso RNs. “As nurses we can not be silent in the face of an inhumane policy that mirrors some of the most unconscionable acts of American history, from forced separation of Native American and African American families and the internment of people of Japanese descent during World War II.”

“All Americans should be speaking out and demanding an end to this cruel policy,” Ross said.