El Paso Nurses To Hold Medicare for All Rally at Offices of Rep. Will Hurd (TX-23) 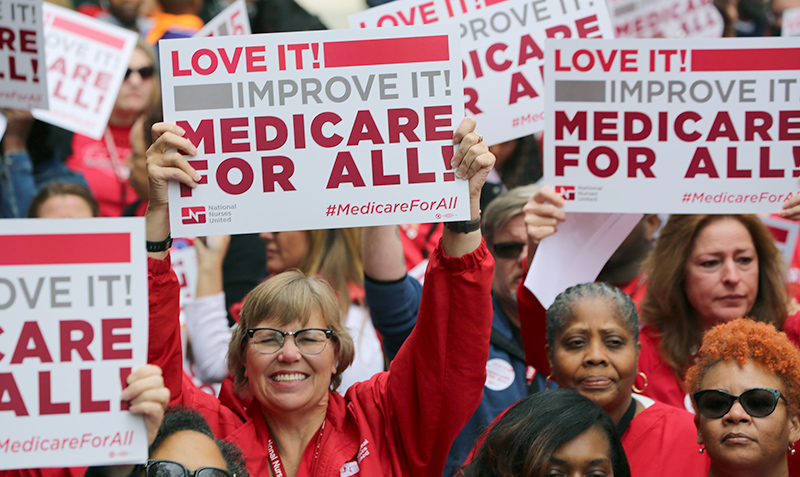 “Texas nurses are tired of watching our patients suffer and die needlessly, simply due to inability to pay. Medicare for All—guaranteed health care as a human right—is the only moral, just solution. This is a bipartisan issue, and we expect Representative Hurd to sign on to the Medicare for All Act of 2019, because it will save his constituents’ lives,” said El Paso-area RN Susana Quintana.

Rep. Hurd serves on the Congressional Caucus on Diabetes. Nurses say this makes his support for Medicare for All even more critical, given that patients’ lives are in jeopardy when they can’t afford their insulin.

“Medicare for All doesn’t just cover comprehensive care at no cost, it also covers prescription medication. Our patients shouldn’t have to struggle so hard to afford lifesaving drugs—including insulin. They shouldn’t have to ration their medication because they have to pay rent—or even go without it, which can lead to death. As a legislator on the Congressional Caucus on Diabetes, Rep. Hurd has a moral obligation to sign on to HR 1384,” said Quintana.

National Nurses United is the largest union of registered nurses in the United States, with over 150,000 members nationwide.