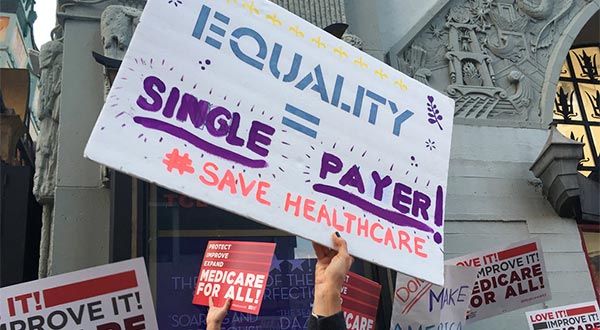 With the Senate Committee on Health, Education, Labor and Pensions scheduled to open a hearing Wednesday on the nomination of Rep. Tom Price as Secretary of Health and Human Services, National Nurses United urged both the committee and the full Senate to reject Price, citing his record of opposition to major healthcare services and advocacy of harmful cuts in in key healthcare programs.

While both President-elect Trump and Rep. Price want to repeal the Affordable Care Act, a step that would endanger the health and safety of millions of Americans, Price has also taken public positions that directly conflict with pledges made by the President-elect, said NNU Co-President Jean Ross, RN.

Trump, for example, has called for a system that would assure healthcare coverage for everyone, lower healthcare premiums, deductibles and co-pays, high quality, a process to negotiate the high costs of prescription drugs, and has repeatedly opposed cuts to Medicare and Medicaid.

“Price is on record against every one of these positions,” Ross noted.

“There is only one plan that would achieve all of those goals, improving and expanding Medicare to cover all Americans,” said Ross. “Medicare for all would mean universal, guaranteed access to care for all, guaranteed patient choice of provider, lower costs to families, strengthening Medicare through an expanded pool of healthier people, and the ability of the federal government to negotiate and demand fairer prices from the drug companies,” Ross noted.

“That’s the health care plan President-elect Trump should support, and we should have an HHS Secretary who will protect the health and safety of Americans, not shred it,” Ross said.

By contrast, Price supports the push by House Speaker Paul Ryan to privatize Medicare, a major cut in access and cost for seniors and the disabled and favors cuts to Medicaid by repealing the ACA expansion and replacing it with reduced block grants to states to make further cuts.

The proposals by Price to replace subsidies for low income families to buy coverage with tax credits or health savings accounts, without any limits on industry price gouging, “would lead to additional disaster for millions of Americans already priced out of access to care, even if they have insurance,” said Ross. “The last thing we need is a full return to a cutthroat healthcare system totally based on ability to pay.”

NNU is also deeply troubled by the numerous conflicts of interest reports involving Price, including the recent charges of insider trading, that Price bought shares in a medical device company last year and then introduced legislation less than a week later to benefit the firm. In December, the Wall Street Journal also reported that Price has traded over $300,000 in healthcare stocks while promoting bills that affected the profits of those companies.

In December, Ross and her NNU co-president Deborah Burger, RN sent a letter of opposition to the HELP committee warning that confirmation of Price would severely erode health care protections for millions of Americans.

“If confirmed, it is clear that Rep. Price will pursue policies that substantially erode our nation’s health and security – eliminating health coverage, reducing access, shifting more costs to working people and their families, and throwing our most sick and vulnerable fellow Americans at the mercy of the healthcare industry,” Burger and Ross wrote.

“As nurses know from the patients we care for every day, without health, there is no security. We cannot risk the very real consequences of Rep. Price’s reckless disregard for the health of our patients and our nation,” Burger and Ross concluded