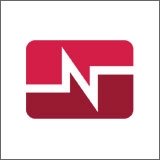 The federal agency that oversees labor law has ordered St. Johns Health Center, Santa Monica, to stand trial on charges that it has violated the rights of its registered nurses. The National Labor Relations Board is prosecuting the hospital for unlawful harassment of nurse leaders, engaging in illicit spying on RNs, and interrogating nurses about union activity, among other violations.

As a veteran emergency and intensive care nurse, Marti Smith of Oakdale has cared for plenty of car crash victims and other people with severely broken bones. During her 10 days of serving on a hospital ship caring for victims of the Haiti earthquake, she wasn't struck by the severity of the injuries, but by the sheer number of Haitian people with severe trauma.

For more than 7 million working Californians who currently don't have health insurance, Congress and President Barack Obama's attempt to reform health care has been an exercise in frustration. The public option was almost immediately taken off the table, despite the fact that most independent experts agree reform won't work without it, and after a year of negotiations, no bill is in sight.

Four years ago, the Commonwealth of Massachusetts enacted a far-reaching health reform law that politicians and the media hailed as a model for other states and the federal government. That law has become the blueprint for health system change on a national scale, and its advocates have aggressively marketed a variation of the Massachusetts plan that has passed the Senate and House of Representatives. This is the tenth in an occasional series of posts that will continue to explore how well the Massachusetts law is working with an eye toward helping the press and the public understand its flashpoints. The entire series is archived here.

What do we need health insurers for anyway?

Angela Braly can't kid me. When the chief executive of gargantuan health insurer WellPoint (parent of Blue Cross of California) went before a congressional subcommittee the other day, she displayed all the smile-through-the-tears pluck of Annie looking to a sunny tomorrow or Scarlett swearing to God she'll never be hungry again.