Union Shop Stewards and rank and file members at Palomar Health are celebrating the CHEU Bargaining team’s overwhelming ratification of a new 3-year contract with the district. This was a 14 month-long vicious anti-union campaign to beat back takeaways and improve terms and conditions of employment.

This victory comes after months of escalation including a strike vote with 96% voting in favor of a strike and a strike date set for 6/23. With the strike looming, the employer urged CHEU to return to the table and emerged after 36 hours of bargaining with an agreement including no takeaways, improved patient care protections, new health & safety language to protect nurses and caregivers from infectious diseases, improvements to workplace violence protections, expanded and enhanced union rights, and which protected the health care and pension plans. CHEU represents about 1700 caregivers at Palomar Health. This victory was made possible by the strength and resolve of all who stood strong to put patients first!

On April 18, CHEU members along with CNA nurses held a one-day strike at 15 hospitals demonstrating overwhelming unity on the strike line. Our demands continue for safe staffing, optimal PPE (especially during a deadly pandemic) and improvements to recruit and retain staff. We continue, united, to bargain united and stand together for a fair contract. 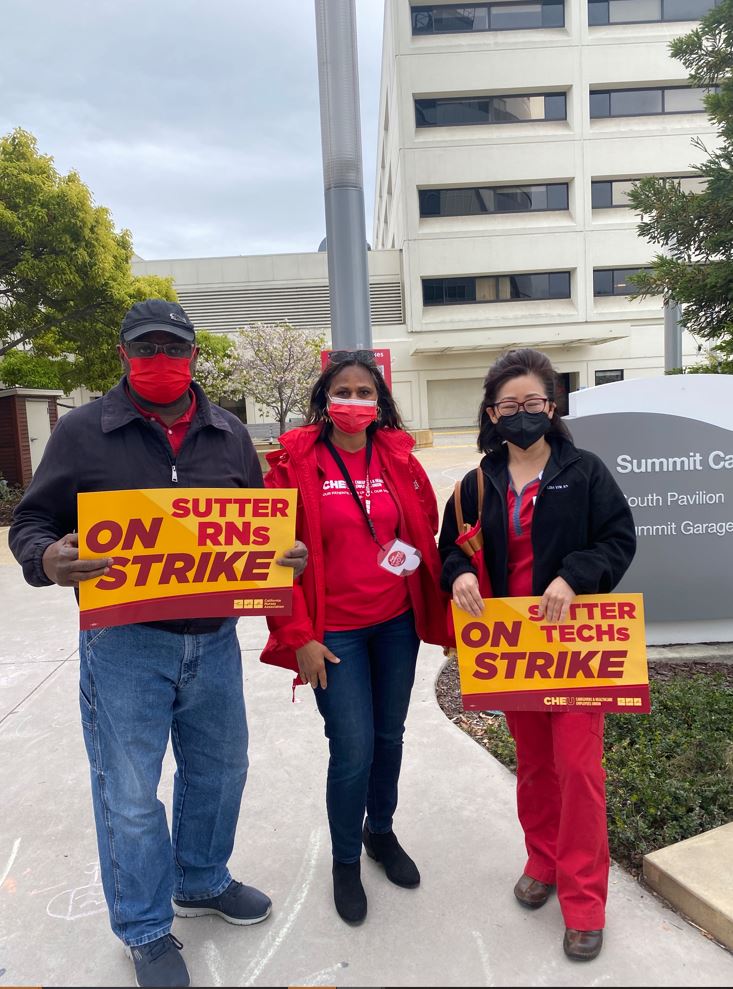 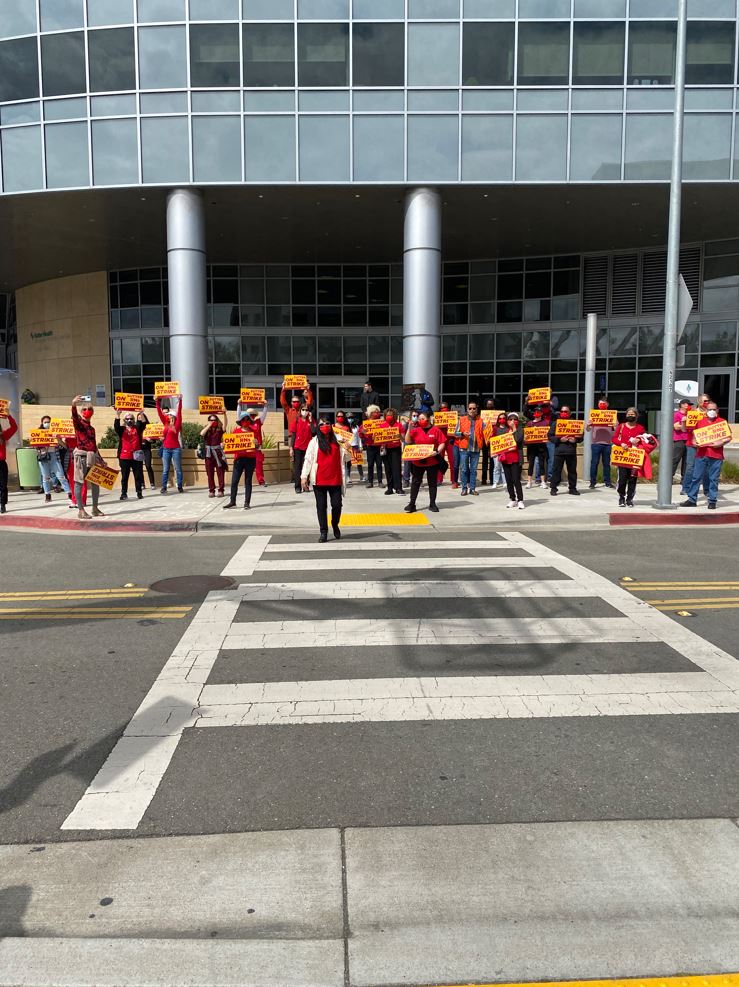 The Shasta Regional Medical Center CHEU members are bargaining a successor agreement and are supported by the RNs who are also currently in bargaining. We have achieved key language in expanding eligibility for certification bonuses and improved the process of asking for time off. In July, we plan to hold our next steward training and are looking forward to the next steps in our contract campaign. 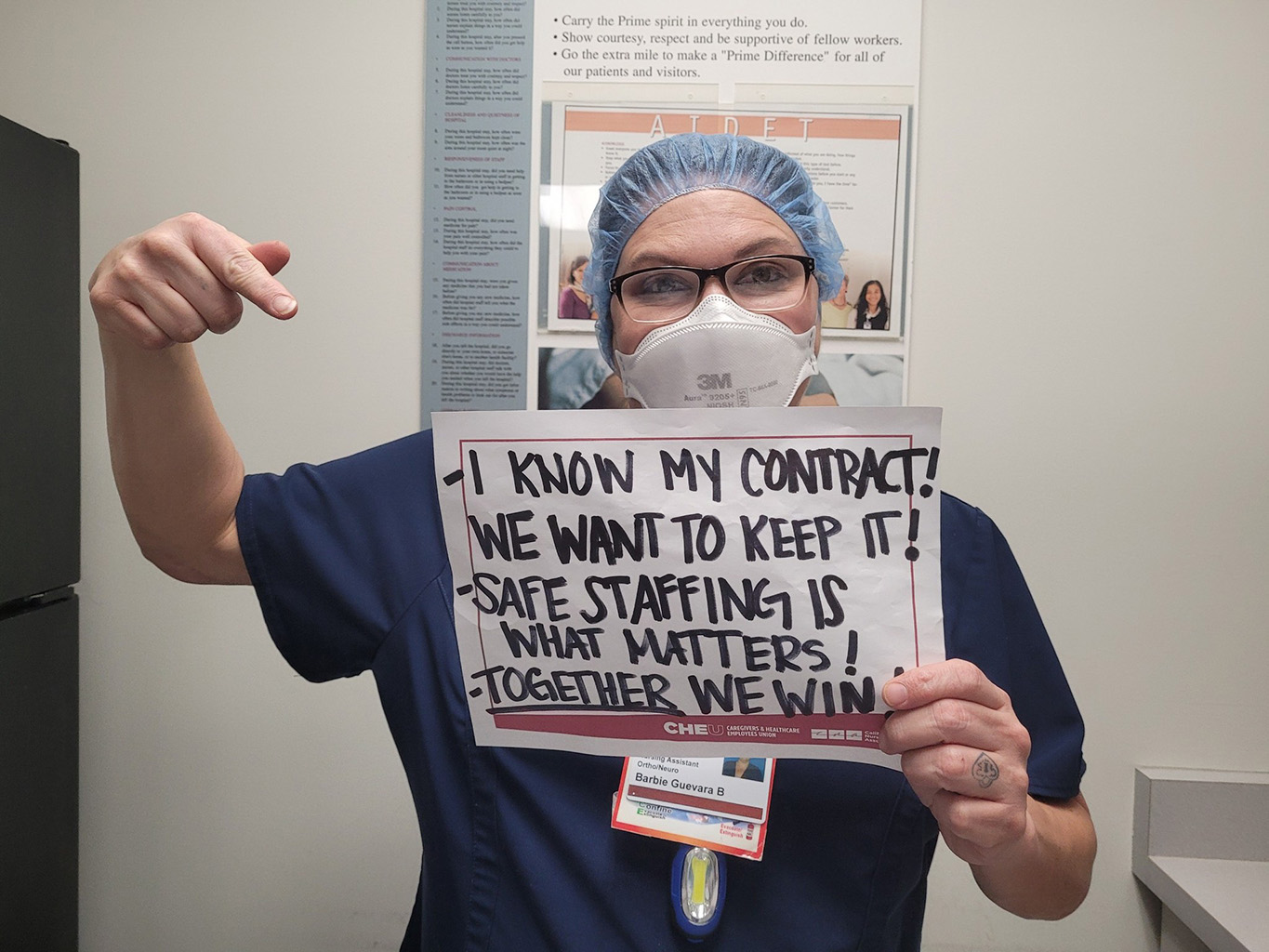 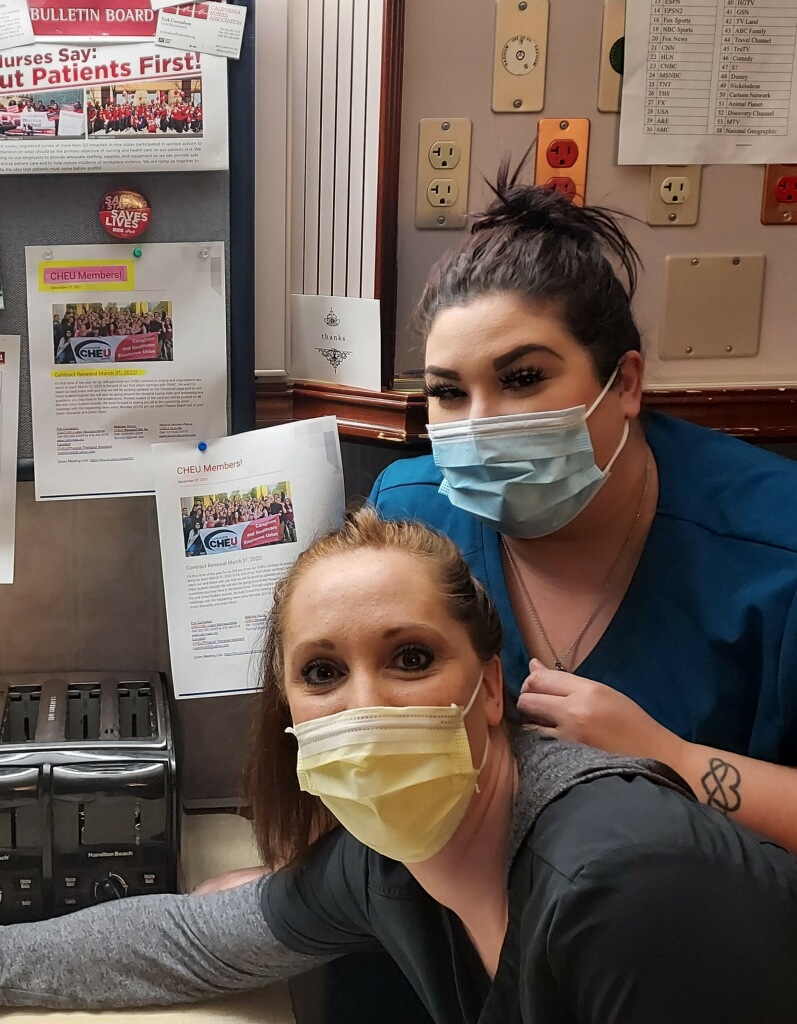 Health care workers at MHSC continue to organize working toward settling our first contract, with major issues around staffing and economic security that meets area standards. USC currently owns and operates Keck Medicine of USC, Norris Cancer Center, and Verdugo Hills Hospital and has been in the process of taking over Methodist Hospital of Southern California for some months. As that process continues, we look forward to continuing to build our militant union.

In early June, CHEU members and leaders at Children's Hospital Oakland met to review and discuss ongoing staffing challenges, specifically surrounding mandatory on-call shifts and overtime. Plans are underway to organize and fight back against required call and overtime, led by shop steward Jenny Phuong and CHEU board member Joseph Robinson. The goal is to make "no mandatory overtime/call" a reality for the CHEU members for the first time at CHO.

Additionally, meetings with CHO management were held to discuss the potential for implementation of Alternative Work Schedules. Next steps include surveying the membership to measure support and interest to make improvements to the work schedules for CHEU members. Once the survey is finished, CHEU leaders will review and evaluate the results accordingly. CHEU leaders remain committed to collective action and optimistic in reaching these organizing goals. 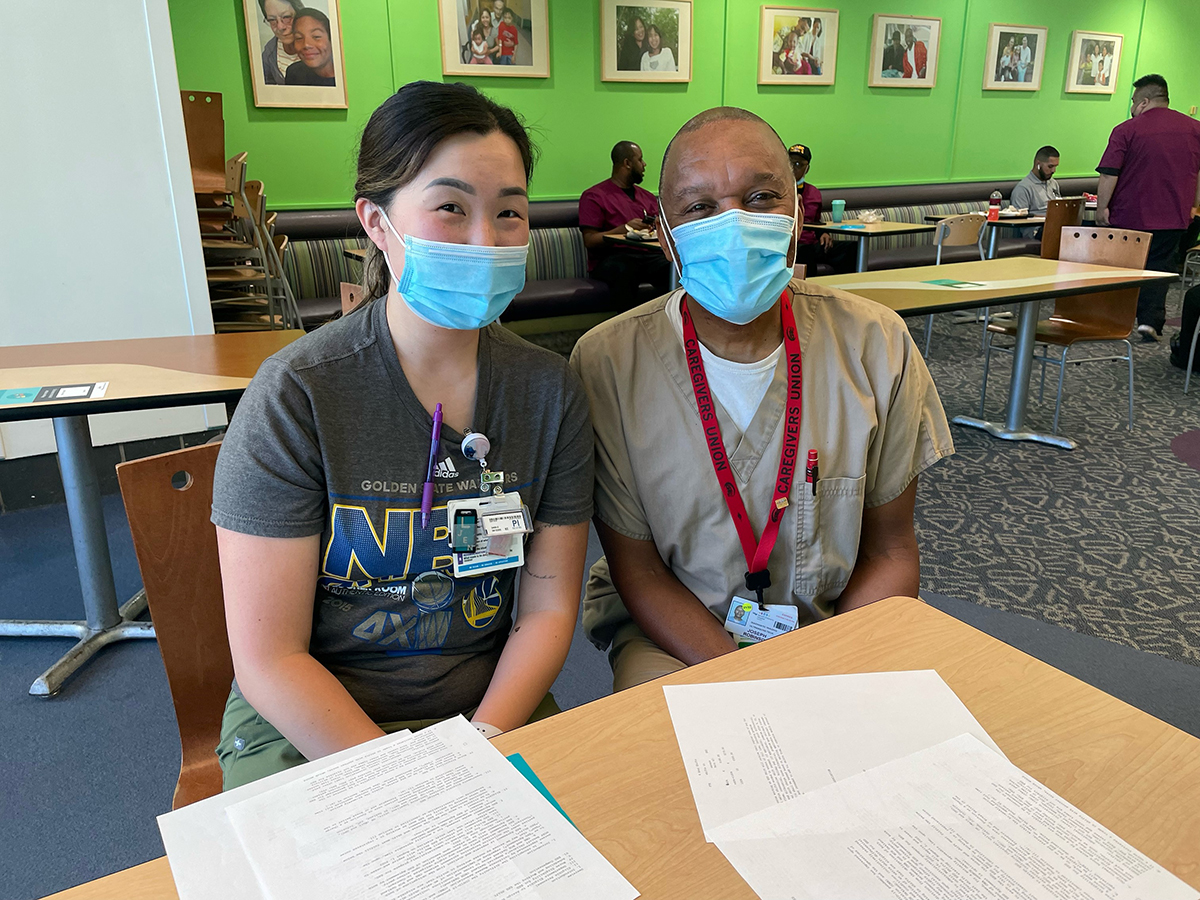 Caregivers and RNs at Kindred San Gabriel Valley and Kindred Baldwin Park joined by RNs at Kindred Westminster are jointly bargaining for the first time! Health care workers have made significant strides at the table towards securing a first ever wage grid recognizing years of service and towards improving staffing to address the staffing crisis. We know these efforts will help to recruit and retain staff which improves patient care.

CHEU members at San Gabriel Valley have been busy collecting signatures demanding we be treated with respect and dignity at work and the hospital stop allowing abusive behavior by some of the management staff. Additionally, AHMC (who owns SGVMC) is refusing to settle a contract with Seton Medical Center, AHMC’s first hospital in Northern California. Caregivers and health care workers are standing in solidarity and support of their RN siblings at SMC for reaching a fair agreement. 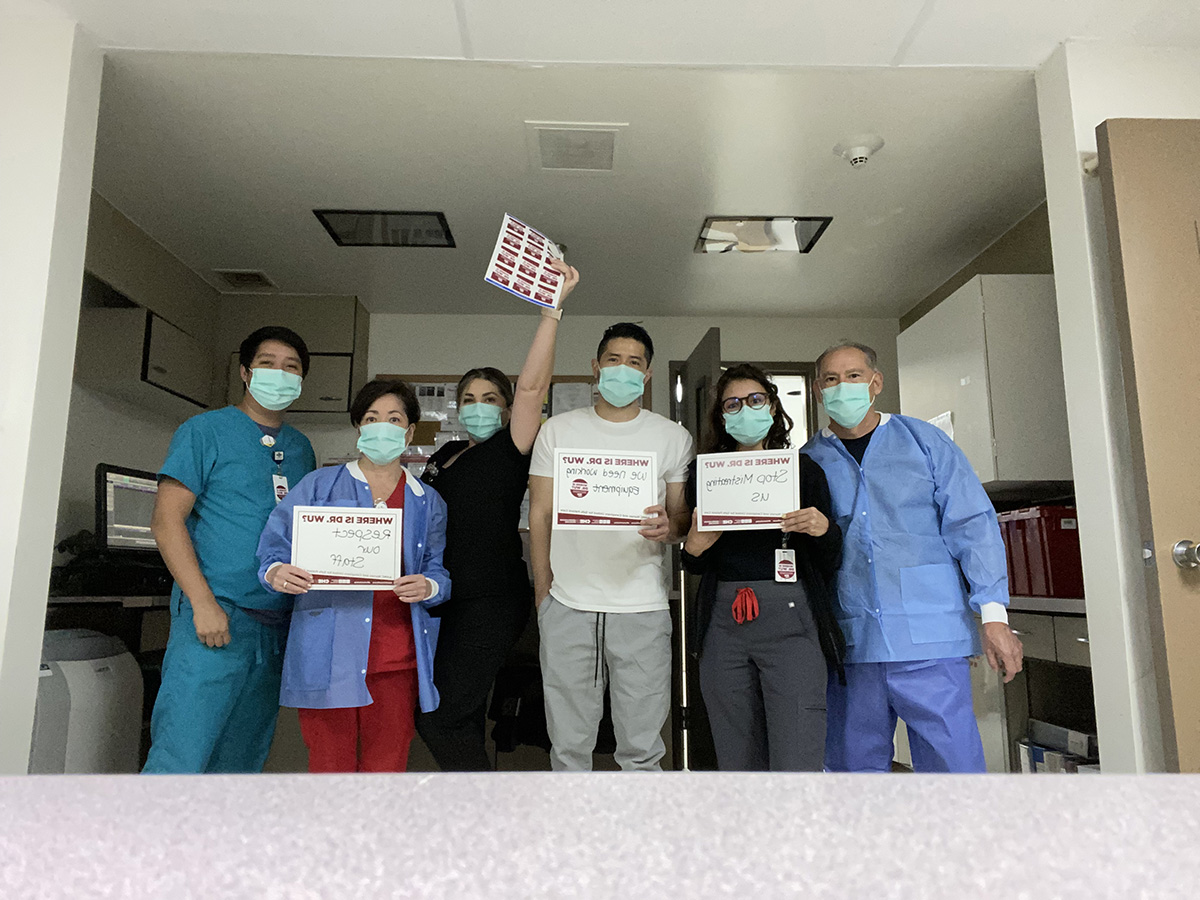 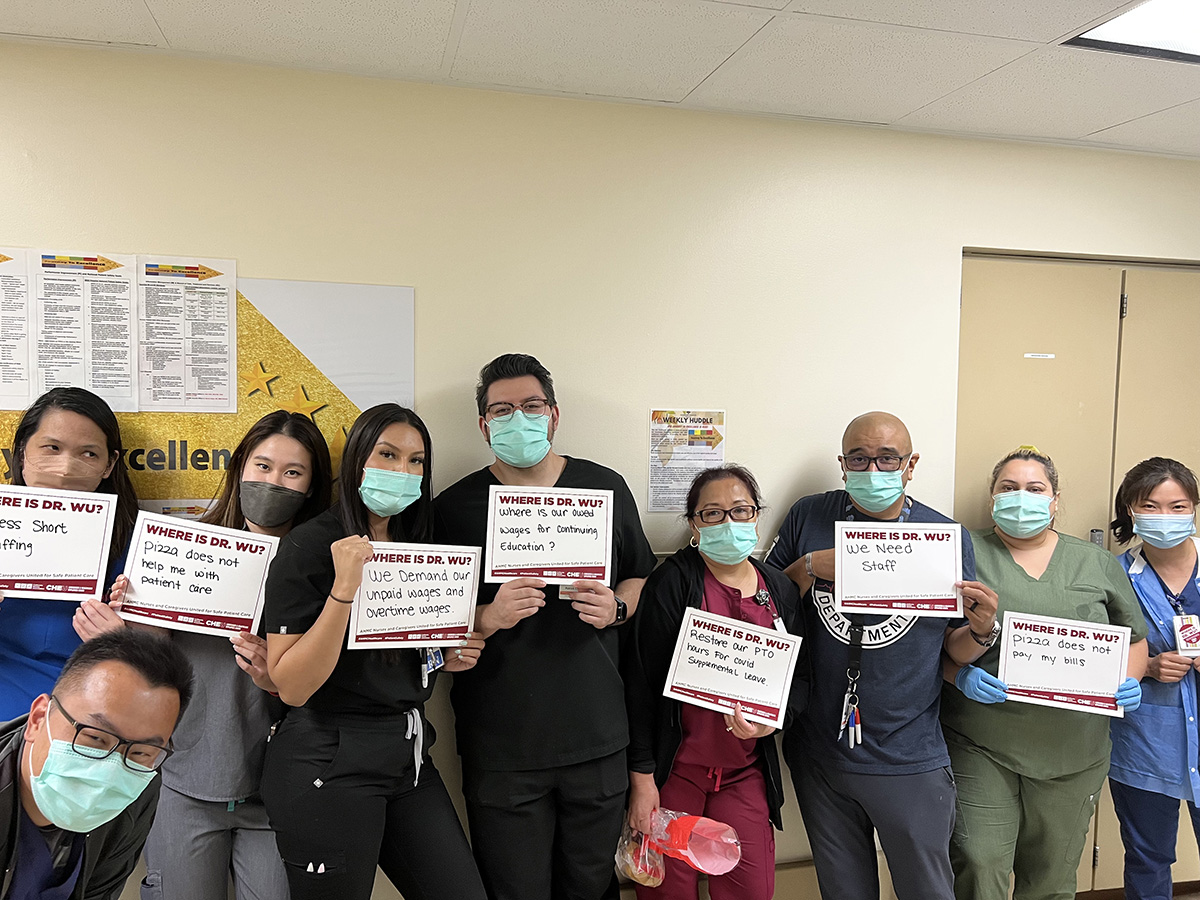 Cath Lab workers are celebrating a unit campaign resulting in winning mid-contract increases to the standby rate. Glendale Memorial Hospital has increased the number of stewards, adding representatives to key units, such as Transport, Respiratory Techs, and Monitor Techs. A direct result of increased leadership has resolved issues on these units, including paying for work in a higher scope, stopping unsafe floating, and enforcing seniority language.

Congratulations to members elected to the
CHEU Executive Board for the 2022-2025 term of office!