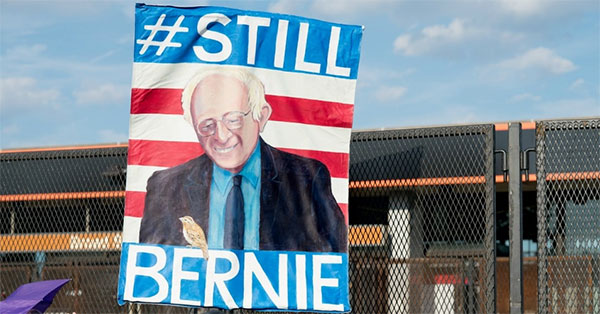 Hillary Clinton will trounce the self-destructive Donald J. Trump, but the neo-liberals secure total victory if the Sanders movement falls away.

That testament by labor troubadour, organizer, agitator Joe Hill, from his Utah jail cell to Industrial Workers of the World leader Bill Haywood can inspire us again today.

The phenomenal Bernie Sanders campaign for President has ended. But the legacy of the stunning achievements lives on. 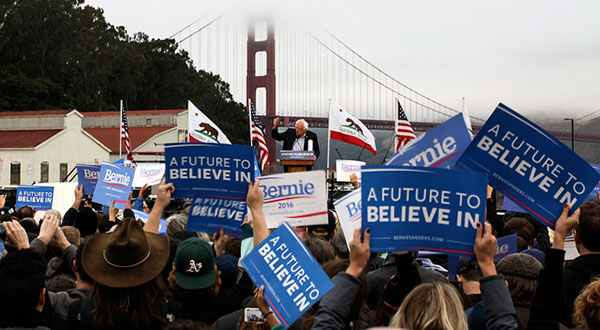 Try as they might, Wall Street, K Street, the corporate CEOs, and all their servants in Washington, state capitols, and the rest of the political establishment, cannot put this political revolution back in the bottle.

The imprint of the issues Bernie, and all of us, raised, income and wealth inequality, guaranteed healthcare/Medicare for all, comprehensive criminal justice and immigration reform, real action on the climate crisis, a living wage, free public college tuition, holding Wall Street accountable, opposition to regime change wars, are now firmly embedded in the political discourse. We won’t let that go.

Taking the long view, the campaign was always a powerful moment in our movement, a shining spotlight of populist upsurge that has been organizing at the grassroots for years.

So, while we grow our movement, let’s also rededicate our support for his ongoing work. Here’s 10 reasons to continue donations to Bernie’s work:

1. The movement is about more than an election. As Bernie himself tweeted, moments after his convention speech in Philadelphia, “elections come and go. But political revolutions that attempt to transform our society never end.”

2. He has been the most successful, genuine progressive major candidate for President since, well maybe, ever. That’s 13 million votes, winner in 22 states, demonstrating how to generate broad financial support without relying on corporate donors and billionaires, setting a new standard for integrity and authenticity, and drawing millions of new voters, especially young people, into the political revolution. 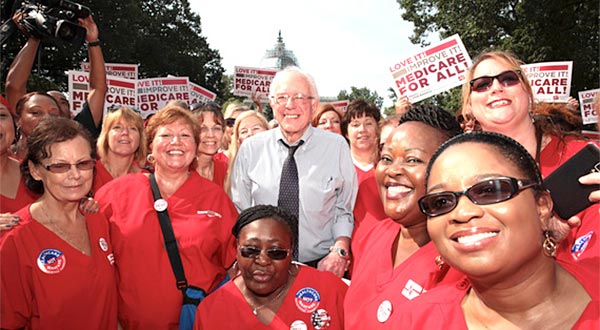 3. His heart is in the fight and he will remain with us. Bernie hardly needs to prove his credentials. All those reporters digging into his past during the primaries for dirt could only find him getting arrested for opposing housing segregation in Chicago, speaking out against U.S. intervention in Central America in the 1980s, and being a consistent voice for three decades against political corruption, poverty, bad trade deals, and for real reform, such as Medicare for all.

4. He is an invaluable advocate for the movement. No matter who wins in November, as the most prominent national voice promoting that political revolution, Bernie has an enormous bully pulpit from which to reach a wider audience on our most critical issues that are typically ignored by the major media.

5. His e-mail list is an instant mobilizer for progressive actions and causes. Worth noting that Bernie’s campaign is committed to protecting his email list to ensure that it is used for progressive causes and candidates, not status quo electoral campaigns.

6. He is inspiring other progressive candidates to run for office, and win. That includes Congressional candidates Tim Canova challenging the disgraced Debbie Wasserman Schultz in Florida, Pramila Jayapal in Seattle, and Zephyr Teachout in New York, and California State Senate candidate Jane Kim in San Francisco.

7. He is the author or co-sponsor of major progressive legislation. These include bills for a robust tax on Wall Street speculation, long overdue expansion of Social Security benefits, strengthened union and worker rights, a major crack down on pharmaceutical price gouging, among others. In a Senate so fearful of Wall Street and the Chamber of Commerce, Bernie, with his now even higher profile and a movement behind him, has increased clout to get real reforms enacted. 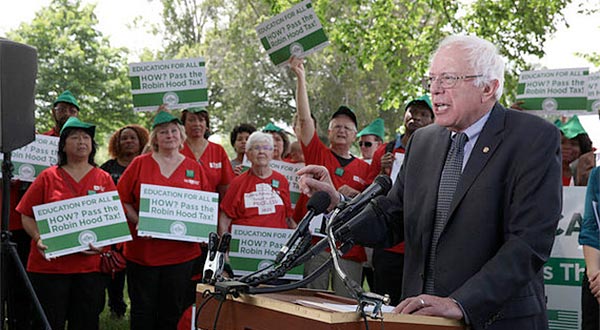 8. He is building an infrastructure that will help encourage the growth of the political revolution. Bernie is setting up three new educational and political organizations to “keep his progressive movement alive.” It will include a Sanders Institute to elevate issues and ideas, and two organization to recruit 100 candidates running for offices from Congress to school boards, as well as to help them campaign.

9. He has embraced and encouraged the next generation to become the progressive leaders in our country. Bernie’s message had particular resonance for voters under 30 — he won more votes with them, by a lot, than Clinton and Trump combined — who were inspired by his faith and trust in them and their right to define their future. Bernie will continue to lead, mentor and invest in young people to ensure a sustainable progressive social movement for years to come.

10. For once, someone in the Beltway will be happy to see the people’s movement. As Bernie always said, movement pressure from below is the way to achieve genuine social progress and change, and always has been. Most politicians fear it, Bernie welcomes it.