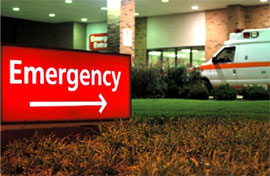 Last week, OSHA published a report on severe injuries reported in 2015. A new recordkeeping requirement went into effect January 1, 2015, requiring employers to report all work-related amputations and injuries requiring hospitalization to federal OSHA within 24 hours. This was in addition to the long-standing requirement to report all work-related fatalities to OSHA within 8 hours.

The report sings the praises of many employers who, after reporting a severe injury and being contacted and coached by OSHA staff, conducted their own incident investigations and “went above and beyond” what OSHA required to fix the unsafe situation. OSHA inspected workplaces based on some of the reports: about a third of all injury reports and 58% of amputation reports. For most of the reports, however, OSHA opted for a more cooperative approach, which was:

…guided by the principle that when employers engage with OSHA after a worker suffers a severe injury—whether or not a workplace inspection is launched—they are more likely to take action to prevent future injuries.

We have encountered this principle before—we call it “labor-management partnership.” This new recordkeeping program, while giving OSHA access to important information regarding injury/illness rates, is another step in management-friendly programs, which seriously compromise workers obtaining safer workplaces.

Much of the evidence supplied to support the report’s claims is anecdotal—stories about a severe injury and the rapid and effective abatement in a wastewater treatment plant in Illinois or a tuna cannery in Hawaii. Seven such “success” stories are supplied as compared to two “failure” stories where employers were “continuing practices that put workers at risk” upon investigation (which begs the question whether “failure” stories can be identified through the engagement program at all, or whether they require an inspection to uncover). OSHA claims that,

Most employers who experienced a severe injury to a worker were eager to cooperate with OSHA inspectors to prevent anything similar or worse from happening again.

But how many is “most”—51%? 99%? Perhaps when you give an employer the opportunity to self-report on severe injuries, the conditions that led to those injuries, and the steps taken to prevent future injuries, they will all be “eager” to “cooperate.” But our work experience has shown that self-reporting by employers is often not reliable evidence. If OSHA had released more information about their conversations with employers, we could better understand the process. Workers and their representatives have the right to accompany OSHA during an inspection. So why is there no clear involvement of workers in this engagement program?

OSHA claims in this report that they:

…have found this process to be extremely effective in abating hazards while also using far fewer OSHA resources than are required for on-site inspections. In this way, we are able to use agency resources more efficiently and, ultimately, better protect the safety and health of workers.

OSHA inspections are often detailed, laborious processes (if done well) that require a lot of staff time and attention. It is true; this engagement program does use fewer resources than inspections. And, yes, the new rule provides OSHA with very important data on severe injuries that enables the agency to better protect workers’ health and safety than they were able to before. But we have seen that using fewer resources usually results in weaker protections for workers. So we ask: does this engagement program protect workers’ health and safety better than the traditional program of inspections and citations? The report does not answer this question.

General Medical and Surgical Hospitals ranked 6th for number of severe injuries reported in 2015. Note that this is data only from states covered by federal OSHA, not from states with their own state plans, which had to adopt a similar or more protective reporting requirement. It also does not take into account the total number of workers involved in each industry, which is how OSHA usually reports injuries and illnesses. OSHA estimates that many severe injuries are not being reported, possibly more than 50%.