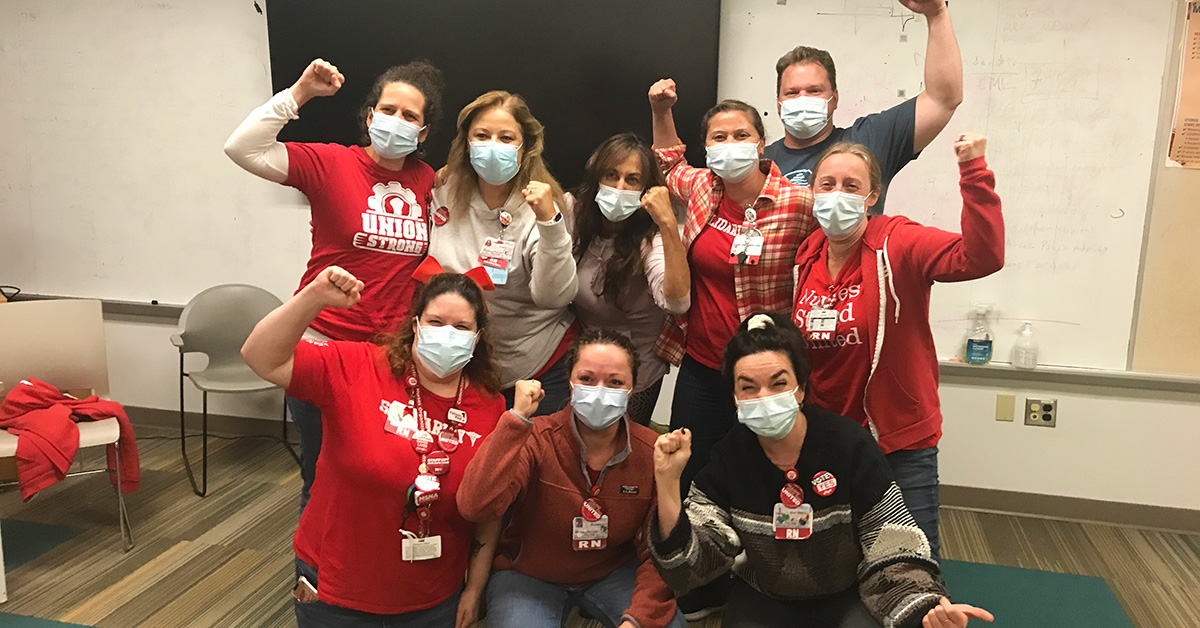 Registered nurses at Maine Medical Center in Portland, Maine ratified in their first-ever union contract that they say will provide patient care protections and strong standards to improve retention and recruitment. Voting on the three-year agreement took place in September.

Maine Med nurses first voted to unionize in April of 2021 and then voted to recertify their union in August of this year. The Maine State Nurses Association represents 2,000 nurses at Maine Medical Center.

“We feel the imperative of history in our vote,” said Michele Flaherty, bargaining team member and pediatric ICU registered nurse. “We stand in a long line of Maine Med nurses who have fought for their union over the past half a century. Nurses’ first attempt to unionize at Maine Med was in 1976.”

“We are overjoyed with how our coworkers have rallied around this contract,” said Emily Wilder, bargaining team member and cardiac ICU nurse. “We have made tremendous gains in patient safety protections and workplace improvements and have won raises that will really help us recruit and retain the nurses needed to care for our community. It’s no surprise that a commanding majority of Maine Med nurses voted to approve our first union agreement.”

MSNA and CNA/NNOC President Cokie Giles, RN, welcomed Maine Med nurses into the union. “So many Maine nurses have trained and worked at Maine Med over the years, including myself,” said Giles. “These new union members are a true beacon of hope to nurses across our state who want to have the strong, united voice that they can have through being a part of our union.”

Nurses began bargaining this contract in August of 2021.

Highlights of the three-year agreement include protections against unsafe floating, ending the practice of mandatory rotating shifts, where nurses are forced to work day shift on some weeks and then night shifts other weeks, guaranteed breaks and mealtimes, and two seats for union nurses on Maine Med’s standing Diversity, Equity, and Inclusion Committee. The nurses also won 15 percent across-the-board wage increases over three years, beginning with 7 percent in the first year of the agreement.

Chuleenan Svetvilas is a communications specialist at National Nurses United.