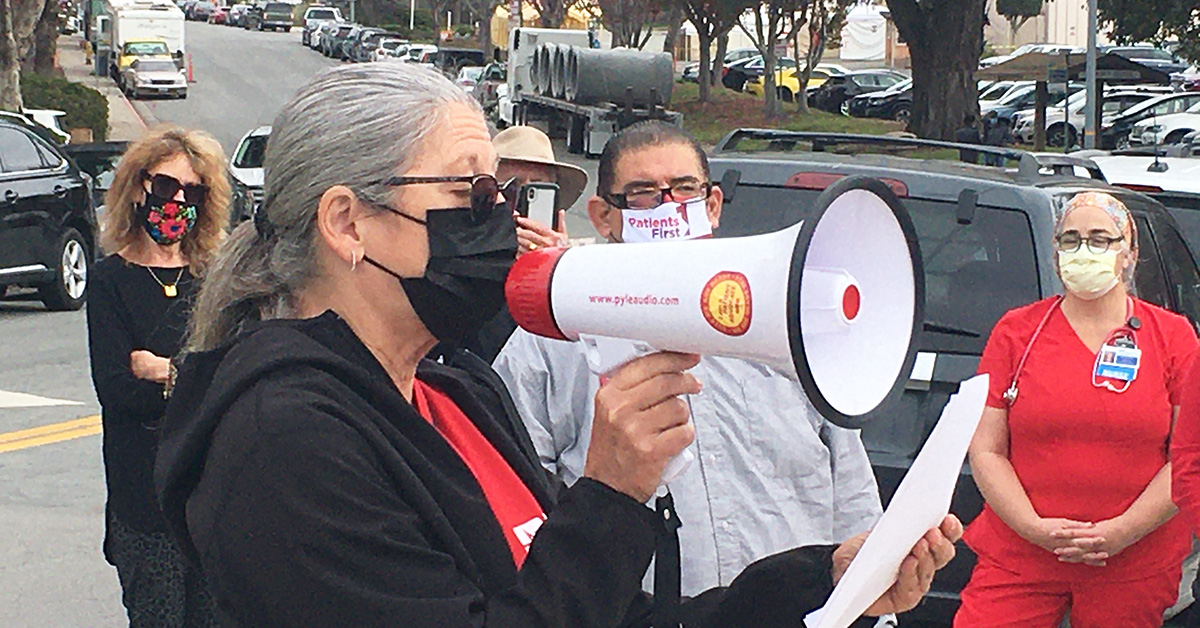 In recent decades, hospital closures have been all too common, but it’s important to remember they are not inevitable. California Nurses Association (CNA) nurses at Watsonville Community Hospital (WCH) have proved just that with their recent fight to restore their facility back to public ownership, and they’ve rallied the Watsonville area around their campaign to put the community back in charge of their community hospital.

The facility was founded more than 100 years ago, and was owned by the community it served for parts of its history. But, since 1998, the hospital has been through decades of disastrous private ownership and mismanagement by Community Health Systems, Halsen Healthcare, and Prospect Medical Holdings, among others. All of this culminated late last year, when the current ownership announced its intention to shut down the hospital amid bankruptcy proceedings. A closure would be devastating for this largely Latinx immigrant community, which relies on this facility.

Quiché Rubalcava grew up in Watsonville, where he went to his first union picket at five years old. He’s spent more than 18 years as a registered nurse in the hospital’s emergency department, where he’s also the nurse rep. He’s seen years of how the hospital’s carousel of mismanagement hurt patients, staff, and their community. Now, he’s seen how organizing has changed the lay of the land for WCH, creating a string of victories for nurses.

After the bankruptcy announcement, nurses mobilized Dec. 3 for a fiery solidarity rally and press conference. Almost immediately, the hospital responded, postponing its date to shut the hospital down as a new ownership arrangement started to take shape. Under the new structure, a public health care district would raise the funds to operate and oversee the facility.

Roseann Farris, WCH’s chief nurse rep and a 26-year veteran of the facility, is among those who remembers the public ownership era of the 1990s and saw firsthand how things changed in the intervening years.

“Not only do you have a strong facility that way, but employees want to stay,” Farris said of the publicly owned model. Now, as WCH is poised to return to public ownership, she said, “The for-profit mindset needs to go out the door, and we need to figure out the true goals and figure out how to get there.”

“The for-profit mindset needs to go out the door, and we need to figure out the true goals and figure out how to get there.”

The key moment that set the stage for what’s happening was a town hall event in July 2019. While many had seen the facility suffer due to mismanagement, nurses had a chance to paint the full picture of what was happening to the local hospital, like the shutdown of essential health services such as the oncology department. To Rubalclava and Farris, that meeting was a chance to plant seeds that, properly tended, are now bearing fruit.

Nurses also joined forces with the nonprofit Pajaro Valley Healthcare District Project (PVHDP). The PVHDP sought the creation of the new district in order to create a legal entity that could purchase the hospital, and in February 2022, Gov. Gavin Newsom signed into law S.B. 418, a piece of legislation from state senator John Laird, who represents the local area, that officially created the Pajaro Valley Healthcare District. Just weeks later, a judge approved the sale of the hospital. Now, the community served by the facility can remain hopeful that the newly formed health care district will take over the hospital by Aug. 31, the deadline to close the sale.

Funding for the sale still needs to be finalized. The state of California is expected to chip in $20 million for the project, and money has already come in from other sources like local businesses, governments, and other health care facilities. If all goes to plan, WCH will be serving its community for a long time to come. And it’s thanks to the dedicated organizing work of the union staff nurses and their community partners. 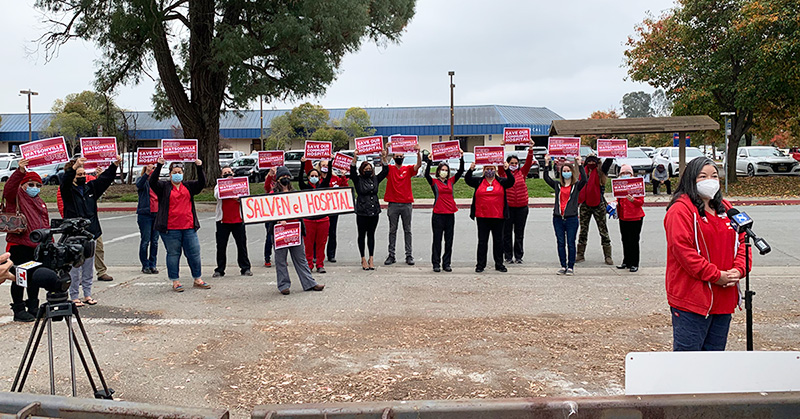 “My ultimate joy would be to see patients coming back to the hospital who left due to lost services or mismanagement,” Rubalclava said. “I’m going to feel great and at peace when those patients come back to us and start taking pride in their local hospital.”

Farris said she knows there’s still a lot of hard work ahead, but is grateful for the support they’ve received so far and hopeful the Watsonville story could be a model for others.

“Hopefully, other facilities will do this, too,” Farris said. “Too often, communities and patients and nurses and employees are resigned to whatever big business does to us. And at what point do we say, ‘No this is our community, this is our hospital, you can’t do that, and this is what we’re going to do about it.’ That’s the approach we’re going to have to take. They’re strong in finances, but we’re strong in numbers, and we can outsmart them.”

Lucy Diavolo is a communications specialist at National Nurses United.